Freedom Hill Community Church traces her roots back to 1907 when a group of Christians in Chelsea, Massachusetts began gathering to pray that God would baptize them in the Holy Spirit. This group blossomed into a small church. A year later, the great Chelsea fire destroyed their meeting place and these Pentecostal believers scattered throughout Boston.

One of the men who had been chosen to lead the church in Chelsea soon felt called reach the city of Everett, MA. His name was William J. Mitchell. He was ordained by the Assemblies of God in 1924 and, along with a handful of other believers, started Glad Tidings Mission in Chelsea in 1927. This is what we consider the birth date of our church. 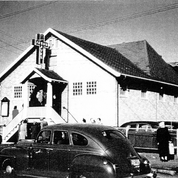 In 1930 it became clear that the growing church need to hire a full-time pastor, and they asked Rev. Mitchell to fill this role. He gave up his business and became the pastor.

The church kept growing and had to relocate several times in order to have enough room to accommodate the growth. In 1932 Glad Tidings Tabernacle joined the Assemblies of God.

In 1959 our church moved to what had formerly been the Capitol Theater, which provided much needed room for our growing ministries. Eventually, the maintenance on the old theater building became too much and the space was again limiting ministry, and so in the early 1980s two big decisions were made. The first was to build an entirely new facility in Malden (our current location). The second was to change the church’s name to North Shore Assembly of God. 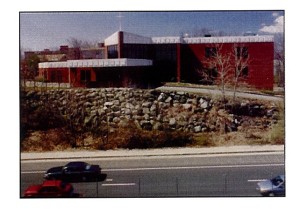 The first building we built was a multi-purpose educational facility. Our hope was to follow quickly with a sanctuary for weekly worship, but that became a bigger challenge than had been anticipated. It took just over 20 years to break ground on the sanctuary. October 10, 2010 we started holding services in our new sanctuary.

With the completion of the sanctuary behind us, in 2014 the church felt it was time to change its name to reflect its vision and mission in Malden. On December 7th of that year the church membership chose the name Freedom Hill Community Church.

While history is often marked by key locations and people, that is not enough to tell the story of the countless number of people whose lives have been changed through the ministries of our church.